The Call to Ministry 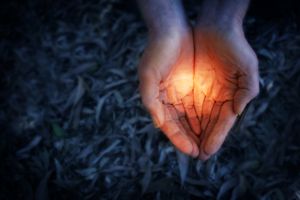 Look around the church. The child watching her mother lead Children’s Ministries, the teenager traveling to Montreat, or the new member could one day answer God’s call to a life of ministry.

“Looking back, you can see how everything led to this place,” says Mary Sellers Shaw, a recent M.Div. graduate from Vanderbilt University. She received a call to First Presbyterian Church of Franklin, TN this summer as the director of Mission and Outreach and will be ordained in 2019.

But to her, and to a recently ordained minister and three Inquirers all under the care of Independent Presbyterian Church, the path to ministry wasn’t always so clear.

Mary Sellers and Cammie Coulter both grew up at Independent Presbyterian Church. Cammie initially thought she'd follow her mother, Cindy Coulter, into Children’s Ministries. Mary Sellers, the daughter of Cindy and Steve Shaw, wasn’t as certain where she was being led. Both listened and discerned their callings during a year serving as Young Adult Volunteers after college.

“There’s something beautiful spending your days listening and sharing with one another,” says Mary Sellers of serving at Nashville’s Room at the Inn, a homeless shelter. “I was living out the things we talk about in the church.”

“I experienced hopelessness and frustration at systems of oppression that seemed impenetrable. I considered turning my back on the injustices I saw,” says Cammie who served with Green Opportu- nities, which helps people from marginalized communities find jobs. “Ultimately, the relationships I formed with the community reminded me that I have a responsibility to my neighbor to lift every voice and make sure everyone has a seat at the table.”

Cammie is now an Inquirer (or someone who is still discerning her call) and a M.Div. student at Union Seminary.

From Inquirer, people pursuing a life of ministry in the Presbyterian church become a candidate for ministry, receive a call, then are ordained.

Mary Sellers and Cammie’s path to ministry isn’t so common. According to PC(USA), more than two thirds of the denomination’s inquirers and candidates already had at least one other career. Inquirers Emily Frandsen and Peyton Chandler and recently ordained Rev. Courtney Bowen are part of that group.

“Definitely inklings along the way [of being called]. It was on a Pentecost Sunday. I got this sense that I needed to go to seminary,” recalls Rev. Courtney Bowen who left a 12-year banking career and IPC, her first church to join, to attend Louisville Seminary. She graduated in May, received a call to The Church of the Covenant in Elizabeth, IN as the stated supply pastor and was ordained September 29.

“I wanted to change the course I was on. I wanted to be more intentional in my faith,” says Inquirer Peyton Chandler. He joined IPC this year and traded his advertising job for one as the coor- dinator of Worship & Congregational Care at Vestavia Hills United Methodist Church. He plans to attend Beeson Divinity School.

“It’s a long story,” says IPC Youth Ministry interim director and Inquirer Emily Frandsen who worked as a house parent at the Presbyterian Home for Children and a chaplain at various state parks. She’s currently enrolled as a M.Div. student at Dubuque Theological Seminary. “The timing is now right. The call will become clearer. The call to a specific area of ministry will become clearer. I’m excited about the discernment process.”

Someone else seated in the pews could also hear the call. Cammie, Courtney, Emily, Mary Sellers and Peyton encourage those individuals to simply listen and trust God.