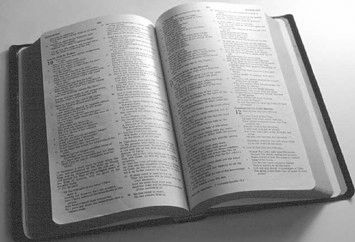 IPC member Susan Haskell takes a look back at the class's history and how the bible study has evolved over the last three decades.

The Questers Bible Study class, which had been meeting since the fall of 1979, held its last class in April. Questers began in the summer of 1979 when then Christian Education Director, Kathy Neubauer James, gathered a group of women to discuss starting a weekday women’s Bible Study class at IPC. Margaret McClure, wife of then pastor Dr. Scott McClure and Carol Hall, daughter of pastor emeritus Dr. John Lukens, had agreed to lead the class. The committee decided that the class would meet from 12- 2 pm on Tuesdays during the academic year. Class members would bring their own lunch and a rotating schedule of members would provide dessert. From 12- 12:30 pm would be a social/lunch time, and study would be from 12:30 to 2 pm. Child care would be available for the younger members.

The name "Questers" was chosen and the book of Acts would be the first book studied. It seemed appropriate for the class to begin the study with the beginning of the church. It was ironic that Acts was also the last book to be studied in the spring of 2017.

Due primarily to the confidence in and popularity of the teachers, as well as the longing among many members for a weekly Bible study, more than 70 women signed up to attend the class. The members included several mother/daughter combinations, as well as women in their 20s to their 80s. For many years, Carol and Margaret divided the year with one teaching in the fall and the other teaching during the winter/spring sessions. The study was thorough with a verse by verse approach. Study materials, usually a commentary, were chosen and available for the class. Through the years, nearly every book of the Bible was studied at least once, and many were covered several times. Questers even studied the Apocrypha.

Over time, the profile of the class changed. Childcare ceased to be needed. Members dropped out for a variety of reasons, and others dropped in after joining the church or retiring from work. In some cases, former members returned to the group as schedules permitted.

Mary Ann McCollum recalls, “As soon as I retired, the first thing I did was join Questers”.

In the 90s as Margaret and Carol reached a point in their lives when they were ready to retire from teaching, several members of the class stepped up and took on that responsibility. As the years progressed, the members took over the teaching. Answering the call were: Pat Montgomery, Mary Ann McCollum, Cornelia Malone, Edith Bauman, Hendrika Snow, Susan Haskell, Ann Hillhouse, Anne Carey, Jeanette Hancock, Alice Christensen and Laurie Haworth.

As Mary Ann puts it, “It was an honor and a lot of work”.

But the teachers always gained more than they gave. Leaders could always rely on the participation of class members who were well prepared and well grounded in their faith and biblical knowledge.

An important aspect of the meetings became the review of the prayer list. The opening prayer of each meeting remembered those on the prayer list along with concerns of class members.

The class obviously held a meaningful place in the women’s lives given that it continued for 38 years. The role it played in the biblical education, spiritual development, and friendships formed is demonstrated by the dedication of long term members; four original members of the class remained a part of the group until the end. Edith Bauman one of the originals called Questers “a consistent steady help in my spiritual life” and noted the depth of “friendships developed over 38 years.”

While there is always some grief when a long term ministry reaches the end of its life cycle, there is certainly much to celebrate in the study, fellowship and care the Questers group provided for women for many years!